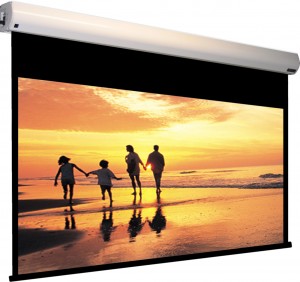 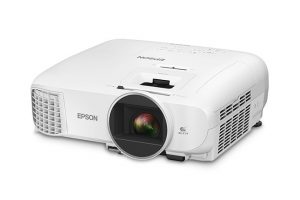 Our theme this month is “Summer Fun” and the image upload album is open. 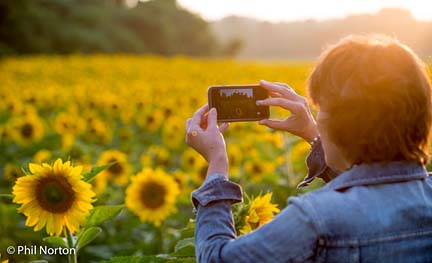 These trips are great fun and a wonderful chance to explore some of the lesser known parts of Prince Edward County. Several of our members participate. I have gone twice!

REMINDER that tomorrow, Saturday, August 4, is another chance to see the sunflowers in bloom, discover the one-lane unpaved roads of the South Shore, and take pictures of a variety of animals on a private farm. We have participants coming from Montreal and Toronto; meet and greet and talk about photography all day!

Besides the sunflowers, also on the agenda is a driving tour to see the wind turbines (love ’em or hate ’em) that are making headlines nationwide. They went UP amidst controversy and may be coming DOWN amidst controversy. We’ll likely bump into some members of Milford’s “Assembly of Gentlemen” who sit around at the store and argue pro- and anti-wind while sipping coffee together each morning.

We will also encounter the untainted shores of Lake Ontario, and good local food stops along the way including home-grown kettle (popcorn) corn. We may check out a photographic art gallery too during our 4-hours, maybe 5 excursion. Immerse yourself in photography, nature, and the authentic country side of Prince Edward County.

$45 to reserve send an Interac e-transfer to phil@philnorton.com . Departing then parking lot behind Miss Lily’s Café at 9 a.m. in Picton.

Our June meeting will feature Phil Norton, also known as the County Photographer. 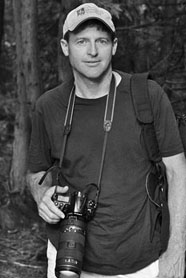 Lifelong photographer, writer and naturalist Phil Norton came to Prince Edward County from his apple-maple syrup farm in Quebec in 2007. Born in Pittsburgh and graduated with an environmental science degree at Penn State, he set off on a 10,000 km bicycle-camping tour which led him to Canada in 1979.

Alternating between documentary and artistic endeavours with camera and pen, he turned to teaching in 2012 and began leading “Photography & Fitness” outings throughout the Quinte Region. The twice-weekly walks and back roads treks with cameras quickly gained a loyal following. “County Outings” still offers visitors a gateway to the hidden gems, the places and to meet the Humans of PEC. In 2015 his small group travel series expanded to “Photography Adventures” taking photographers to all corners of North America-Alaska/Yukon, California coast, Southwestern deserts, Newfoundland, The Prairies and the Appalachian Mountains.

Those trips culminated in public exhibitions for Canada’s 150th anniversary. Norton curated two photography prints and multimedia shows with 30 photographers under the banner “The Canadian Adventure”. The shows incorporated live musicians, artists’ talks and food from all regions of Canada.

Norton’s work has been published in National Geographic Traveler, Canadian Geographic, Time, Harrowsmith and various regional magazines. He was a photographer for The Montreal Gazette, wrote Travel features, and helped produce the best-selling book “The Ice Storm” in 1998. He won two National Magazine Awards for his cover story exposés on maple die-back and acid rain. His ongoing “Energy Documentary” has carried him to the hot spots of climate change, fossil fuel, nuclear and renewable energy in many parts of the world. 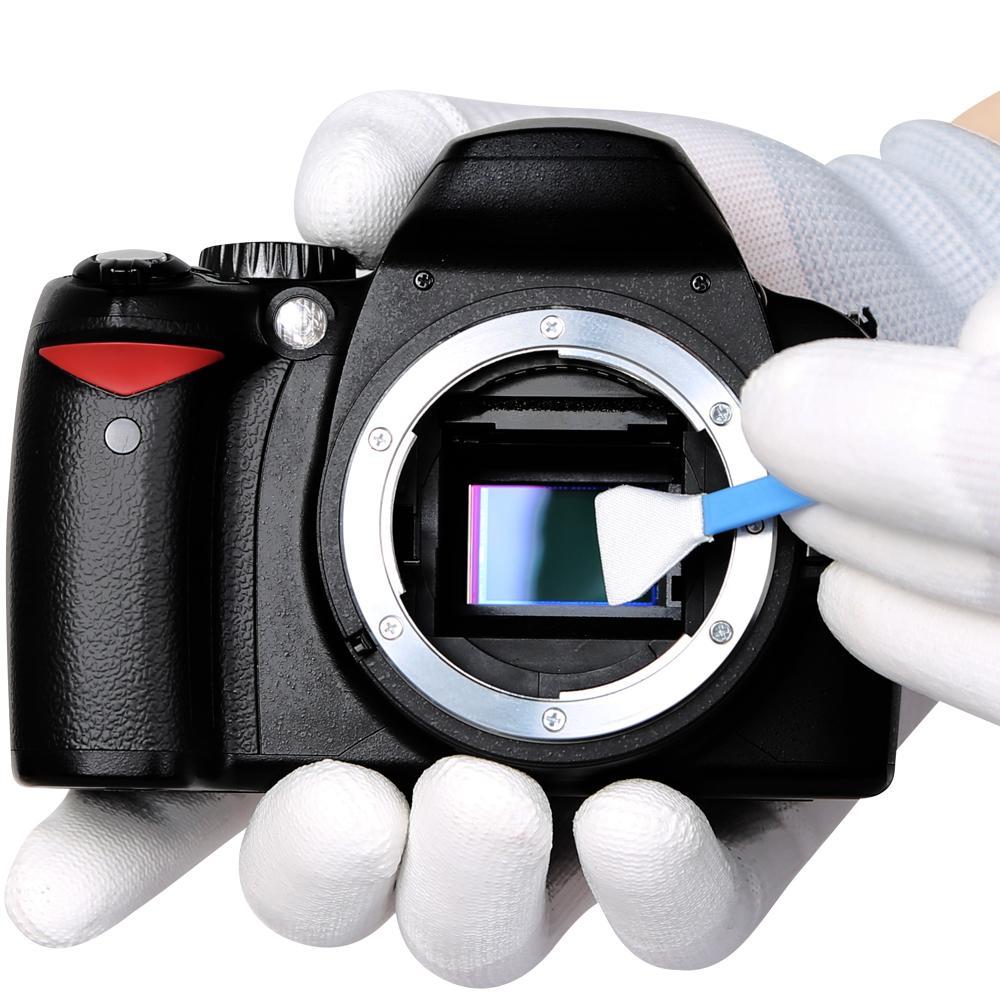 Douglas Banks will be on-site to clean your camera sensors and lenses. $20 per camera and $10 per lens. Please bring cash. It is very important that your camera battery is fully charged. 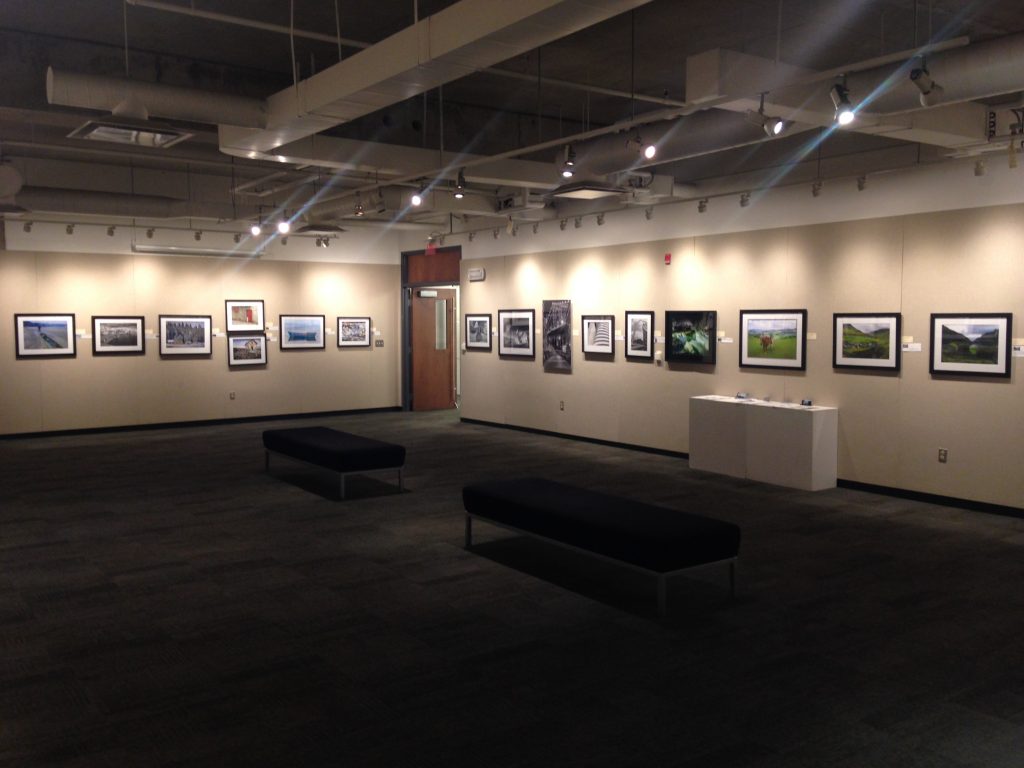 Be sure to submit a sample of your photography so that you can be considered for inclusion in our club’s first public exhibition at the Parrott Gallery in the Belleville Library. Please note that the image you submit now does not have to be the one included in the exhibition, it just needs to be a sample of your work that indicates your skill and proficiency as a photographer.

This is just a friendly reminder to all members that Ted Pordham needs your Parrott Galley sample by June 30th. Your sample may be uploaded to our web page under Parrott Gallery submissions. Please note that this is not necessarily the picture you will display in November 2019 (yes, that date is correct- there’s a long lead time). The sample submission of your work will be reviewed by the Parrott Gallery, who will determine which photographers may display their work in Nov 2019.

IMPORTANT: The subject of your submission is your full name.

Our June meeting will feature Phil Norton, also known as the County Photographer. Phil is known for his wide variety of workshops, photo excursions with individuals or in groups, as well as his featured articles in several publications. To get view his biography and to get an idea of Phil’s diversity and talent, visit his web site: philnorton.net 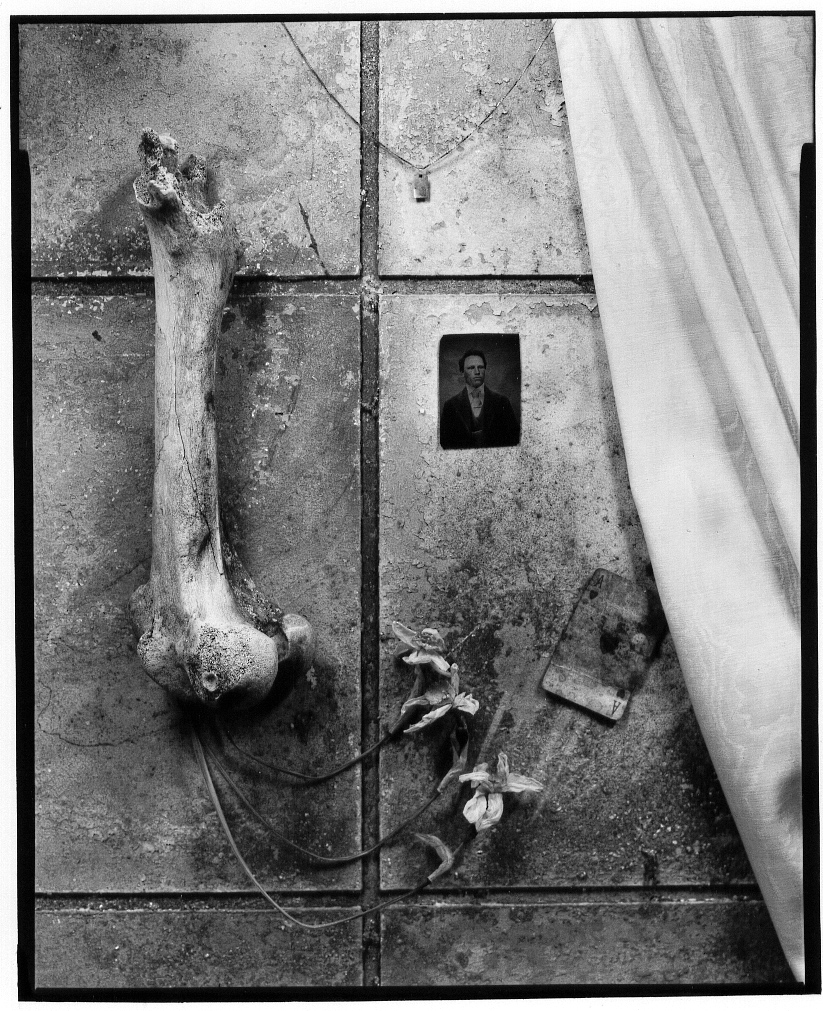 David will speak about his still life photographic work which began in the 1980’s and lead to his current interest in documenting objects and artifacts as part of his art practice. He will address how photography formed the basis for his collecting and current forms of art-making for 30 years. See his recent work at www.davidmorrish.com. 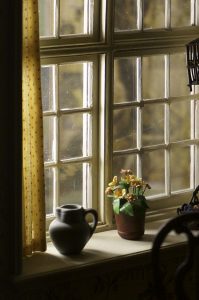 David Morrish—Retired Full Professor of Art at the Grenfell Campus of Memorial University of Newfoundland, having taught photography in the BFA-VA program from 1989 until 2016. M.F.A. (1985) University of Calgary, Alberta. BFA, Hons, University of Manitoba in Winnipeg (1981) He is co-author with Marlene MacCallum of Copper Plate Photogravure, Focal Press, 2003.

Morrish has exhibited traditional copper-plate photogravure prints since 1996, nationally and internationally: Japan, Taiwan, China, S. Korea, Thailand, Sweden, Ireland, USA, England, Italy, and Canada. Notable photogravure work includes portraits of distressed taxidermy and landscape panoramas of the limestone alvars of Newfoundland and Ireland. His artist’s limited-edition book-works, GAZE and DIED use copper-plate photogravure and letterpress under his imprint: DeadCat Press. DIED includes a rare four-plate CMYK color copper-plate photogravure. Recent research explores animal and human mortality, faux biography, provenance, collections, and the museum archive through the construction of an immersive Wunderkammer, The Lyric Cranium, that is the catalyst for on-going works on paper, video, artistamps, and other ephemera. For more, go to http://www.davidmorrish.com

Morrish currently (2017) lives in Prince Edward County, Ontario, and has re-located his studio and print shop to continue DeadCat Press and Obelus Publishing.

There will be an extremely brief business meeting to update the club on progress towards acquiring new AV equipment, and to open the floor for nominations for executive positions.
We will round out the meeting with a review of our monthly theme images. 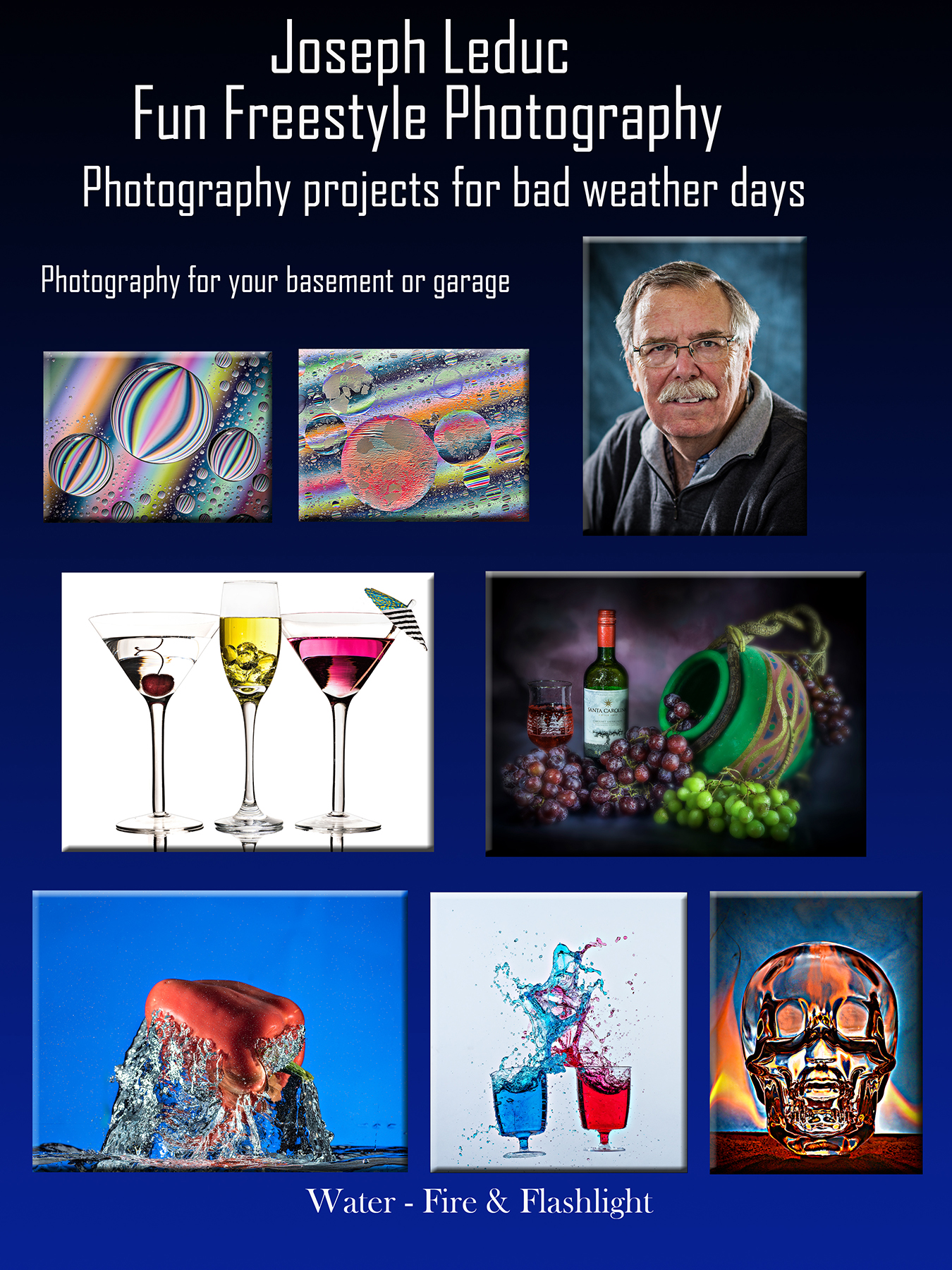 Joseph is a very talented professional photographer who has an incredibly wide range of photographic experience. This promises to be a very fun evening.

We will round out the meeting with a review of our monthly theme images.

This month’s theme: Elements and Principles 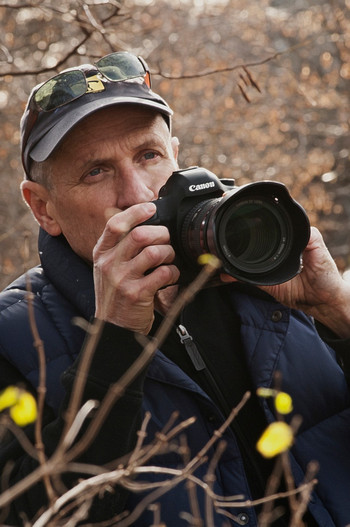 Alasdair is an extremely creative photographer. He is widely travelled and keenly observant. His images will take your breath away and leave you wondering why you can’t see the world the way he does. 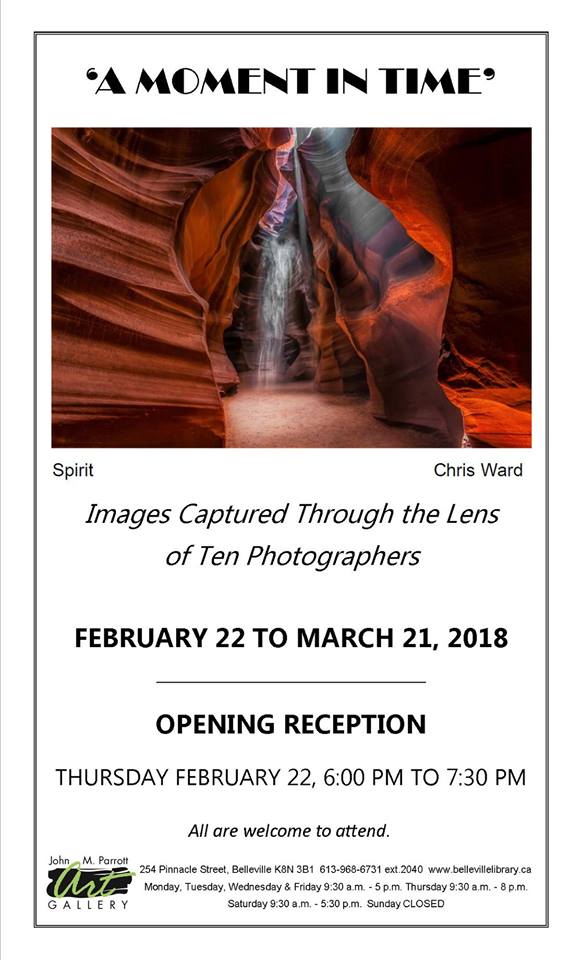 Be sure to drop in to the Parrott Gallery at the Belleville Library to see an exhibition of photography put on by 10 members of the Prince Edward County Photo Club. The images are well worth the effort to go see. The gallery is open until 7:30 on Thursday evenings so it would be a good time to drop ion just our meeting. Parking is free at that time of day.

We will round out the meeting with a review of our monthly theme images. 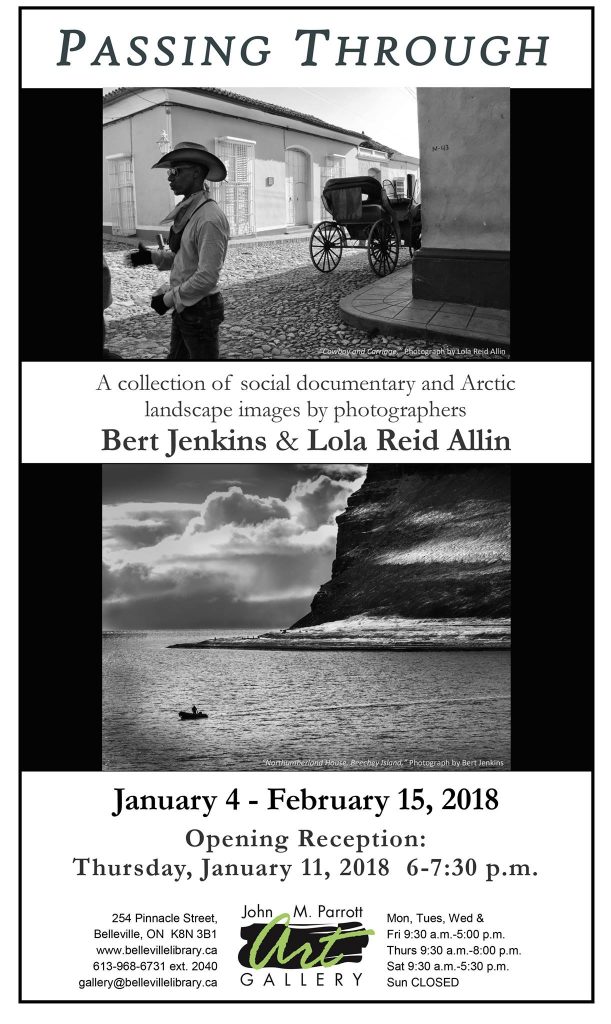 If you missed the first Artist Talks on January 20, be sure to come to the Parrott Gallery for the second, February 8, 5:30 to 7:30 pm. Not only Lola on her world-wide travels and me on the Northwest Passage, but we are expecting David Newland from Adventure Canada. David is a writer, musician, Ocean Adventurer host, Fellow of the Royal Canadian Geographical Society, frequent Arctic traveller and an all-round great guy. He will be delighted to answer questions. Check David out at http://www.davidnewland.com/. Look forward to seeing you there!

Douglas Banks will be at our February meeting to clean your camera sensors and lenses. The cost is $20 for sensors and $15 for lenses. Make sure that your camera has a fully charged battery. Sensor cleaning is impossible if your battery is low.

Mike Gaudaur will be presenting a series of short lessons on basic principles of light for photographers. This will be presented as a live demonstration using various light sources and a camera tethered to a projector.

After the break we will continue with the light theme by exploring how photographers can use editing software light Lightroom to further modify light.
We will round out the meeting with a review of our monthly theme images. 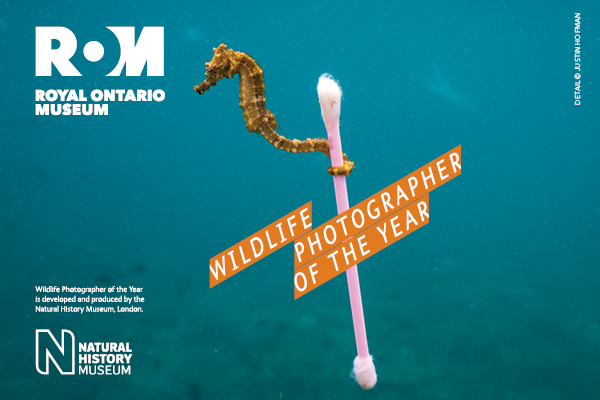 I would encourage everyone to stop by the opening reception for the photography exhibit at the Parrott Art Gallery this Thursday, January 11, 6-7:30 to enjoy piano music by Duncan Cooper, cheeses and desserts and, of course, photography by Bert Jenkins and Lola Reid Allin.

We have been enjoying John’s images and time-lapse slideshows of the night sky over the past couple years, now we get to hear how he creates them.

After the break we will have a discussion and a short video on creativity and the importance of sharing.
We will round out the meeting with a review of our monthly theme images.

This month’s theme: Lighting Up the Dark 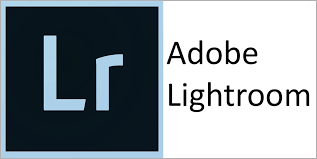 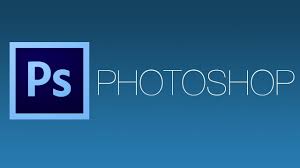 Douglas Banks will be at our February meeting to clean your camera sensors and lenses. The cost is $20 for sensors and $15 for lenses.

Title of the document 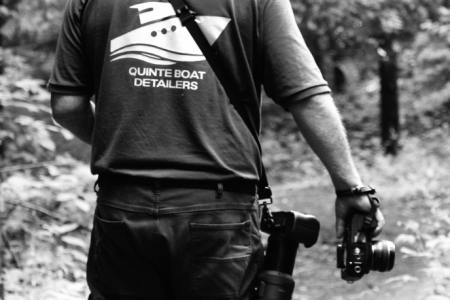 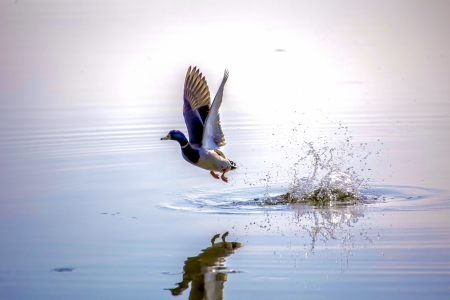 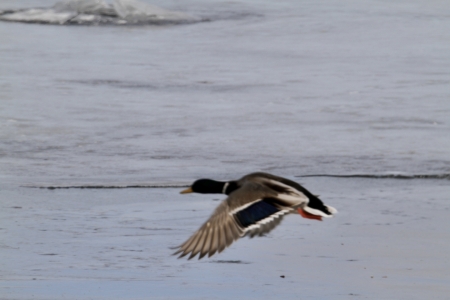 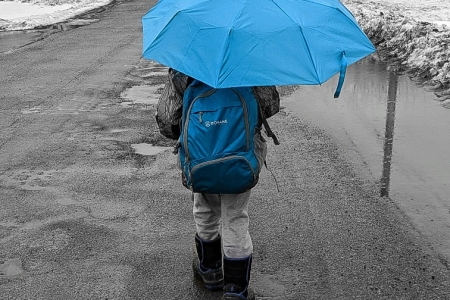